Lawrie Brewster and the team behind Lord of Tears is making a brand new version of the film available for free online. This is a limited-time offer, though, so be sure to watch the film or download it soon. Read Hex Media’s press release below, or click here to read our review of Lord of Tears. 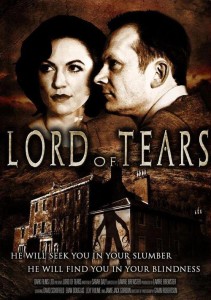 Where Legend Meets Horrifying Reality: An SML Review of “Lord of Tears”

The good people at Scotland’s horror house, Hex Media, must be feeling generous, because for a limited time only, they’re making the brand new Special Edition of their award-winning chiller Lord of Tears available to watch and download for free!

Lord of Tears tells the story of James Findlay, a school teacher tortured by childhood memories of a strange and unsettling entity—a long-limbed figure in a Victorian tail suit… with the head of an owl.

As James faces a descent into madness, his only hope to fight his tormentor and banish the evil that haunts him, is to return to his childhood home. He travels to the lonely mansion in the Scottish Highlands, a place notorious for its tragic and disturbing history. There, he must uncover, once and for all, the chilling truth behind the immortal stalker.

On its original release in 2013, Lord of Tears quickly earned cult classic status, with fans and critics alike enjoying the film’s creeping dread, as well as the complex twists and turns of the story. The film won the audience award at the Bram Stoker International Film Festival and screened at Brussels International Fantastic Film Festival, Belfast Film Festival, and many more.

According to Lawrie “We’ve produced a couple more films since the original Lord of Tears, and we wanted to apply the lessons we’ve learned to our debut feature. I felt that Lord of Tears deserved a revisit, and I believe that with this new Special Edition, we’ve created the best possible version of the film. Now we’re just eager to share it with fans of the genre.”

To watch the film for free, go to hexmedia.lpages.co.

Check out the trailer below: