Home Horror Reviews The Voices Inside – an SML Review of “Familiar”

The Voices Inside – an SML Review of “Familiar” The pair have collaborated again on the upcoming short film “Familiar” (2012). Robert Nolan again takes the lead role, but plays a much different character. This time, Nolan plays John Dodd, a man perched to attack – quiet, coiled, and ready to strike. Dodd is waiting for the opportunity to make his big move: his daughter leaves for college in 4 months and he intends to celebrate by buying a truck and driving out of town forever.

But his wife’s big news could ruin his plans forever. His family has no idea what his big plans are, but the audience sure does. The dialogue is heavily overlaid by a soundtrack of Dodd’s thoughts. Or do they belong to someone – or something – else?

Films that rely so completely on a single actor who is mostly shown in close, tight shots tend to fall quite flat (think “Phone Booth”). But here, Nolan’s superb acting instead brings the tension and movement that makes the film a success. His facial expressions are amazingly dynamic, while never becoming unnecessarily over exaggerated.

This film is definitely worth finding. I think it will be one of those films you enjoy to begin with, and then it still grows on you for days.

We here at the SML Haunted Mansion and Blog Laboratory are looking forward to seeing what this team is able to put together next. 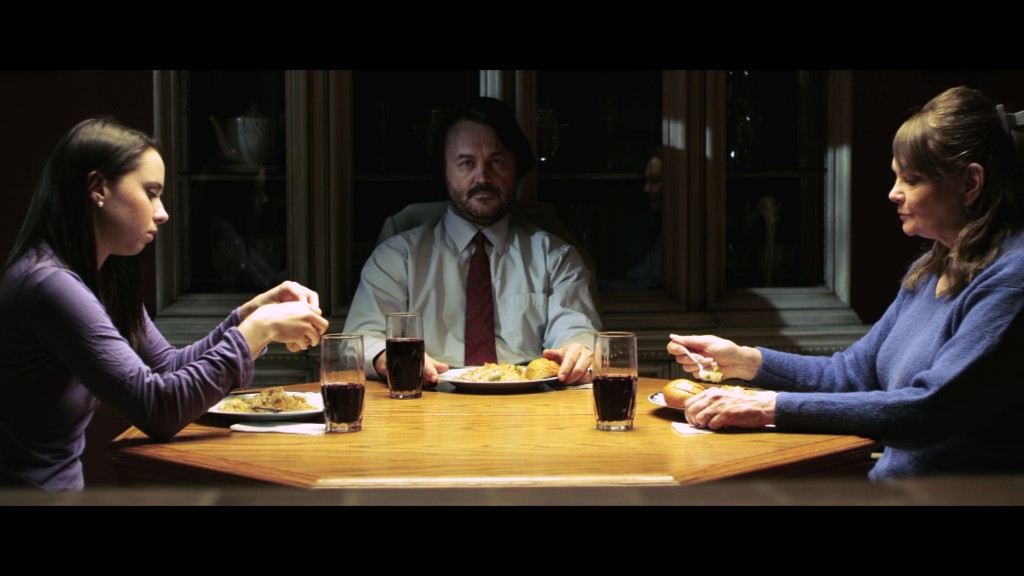 For more reviews, visit Fangoria.com and Beyond Hollywood.