Home Horror News & Alerts This June, Send us to the Moon!

This June, Send us to the Moon!

John F. Kennedy once said, “There is no strife, no prejudice, no national conflict in outer space as yet.” But we can change that. 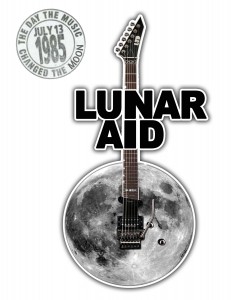 The Head Monsters at the SML Haunted Mansion and Blog Laboratory have decided to take the summer off* to work on a project that’s near and dear to our hollow hearts: our folk music.

While we scoured the earth for monster news and toiled away in our lab creating new posts, there has always only been one thing in the back of our minds. We can resist its pull no longer. We must write a folk album about our epic journey into space and call it Lunar Aid 1985.

But we haven’t been to space yet. And we don’t have any money saved up for recording the album.

Our only problem? Russia has announced that they intend to build a permanent base on the moon. Well, Russia may want to go to the moon, but Stuff Monsters Like is the only one who can promise you that once we get to the moon, we’ll send back folk music.

At Stuff Monsters Like, we choose to go to the moon – not because it is easy, but because it is hard, because that challenge is one that we are unwilling to postpone, and one which we intend to win against Russia. And we expect a great folk album to come out of it, too.

We are asking for your help to beat the Russians at building a base on the moon. With just a few hundred billion dollars, we can be the first to buy the moon, build a moon base, and still have a little money left over to write our folk album while we rule our new land. It’s a pretty solid plan.

We need $578 Billion for this project. Kickstarter capped project at $21,474,836 (they set the price, not us). But there will be others. After a few dozen successful campaigns, we’ll be on our way!

*But don’t worry, dearly departed readers! There are still big plans afoot for Hug A Monster Day on July 27. And the Blog Lab minions will keep you abreast of monster news and events while we lead the campaign for Lunar Aid 1985.

So, please show your support for our music. Go to Kickstarter and make a pledge. Tell your friends. And don’t forget to build yourself a space suit. You’re going to need it really soon!

“House of Monsters” is Now Open to Guests: Exclusive Images from the Set
This is Why You Shouldn’t “Tour” an Abandoned Children’s Hospital
This is Halloween! This is Halloween!: An SML Monster News Roundup