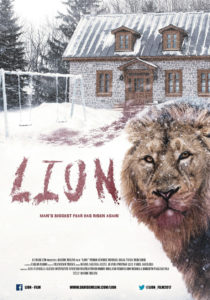 Writer and director Davide Melini (Dario Argento’s Mother of Tears: The Third Mother and “Penny Dreadful”) is set to release a new horror short film this Halloween, and it is studded with stars both on screen and behind the camera.

Shot with the RED EPIC Dragon 6K, the synopsis of “Lion” is as opaque as its visual presence is clear and crisp:

Davide Melini is an Italian screenwriter living in Spain and producing this project out of the UK. As you can imagine, the cast and crew of “Lion” are equally cosmopolitan. The film stars Pedro Sánchez, Michael Segal (Colour from the Dark, Anger of the Dead), and Tania Mercader. But the team of producers brings a definite degree of star power:

Mark your calendars. “Lion” is in post-production and is scheduled for release this Halloween. Until then, check out the teaser below, visit the film’s website, and keep up with the project on Facebook and Twitter.