Way Worse than Coal: An SML Review of “Krampus” 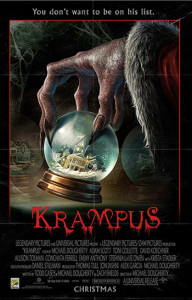 At the SML Haunted Mansion and Blog Laboratory, we’re the kind of monsters that don’t let a few bad reviews sway us from watching a movie. And when the reviews are all over the board? Well, that’s just all the more reason to dive right into a film. Such is the case for Krampus.

This season’s inevitable commentary on the consequences of consumer culture comes to us in the form of a little known (in mainstream America, at least) Austro-Bavarian goat demon. In his theatrical film debut, Krampus is inadvertently summoned to the home of young Max Engel (Emjay Anthony) when a series of all-too-typical holiday experiences cause him to lose his Christmas spirit.

True to Christmas films from all genres, there is the lovestruck older sibling; overworked and mainly absent father; perfectionist mother; rowdy, right-wing cousins, including the uncle with a gun rack in his Hummer; and good ol’ drunk Aunt Dorothy, who’s always available for uncalled-for innuendo. Max’s only compatriot is his quiet-demeanored, German-speaking grandmother, Omi, who encourages him to maintain his holiday spirit with a hollow-spirited tone only your German grandmother could pull off.

The relationships between the family members are so stereotypically strained, that viewers spend the first act of the film suffering more through holiday mealtime anxiety than they do horror. Truth be told, the arrival of Krampus, along with a debilitating blizzard that knocks out all power and renders road unbreachable, is a welcome turn in the plot. 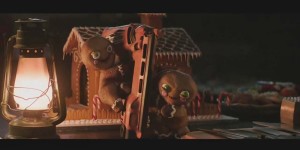 The change in the weather ultimately spelled disaster for the film itself, as well as the characters. Suddenly, the Max was no longer the main protagonist. Instead, the film turned its focus on the larger-name adult actors—Toni Collette as the mother, Adam Scott and David Koechner as the male leads, and even Conchata Ferrell as Aunt Dorothy—and ignored the time-honored tradition of youth-led horror plotlines. What resulted were not-quite-funny and not-quite-scary scenes that didn’t evoke nearly as much creepiness as director Michael Dougherty’s Trick ‘r Treat.

Krampus’s big entrance was preceded by a series of holiday minions, beginning with angry-looking snowmen who seemed to appear in the front yard out of nowhere and creep slowly closer to the house. Deadly (and apparently edible) gingerbread men, menacing and destructive be-masked elves, and a truly terrifying man-sized jack-in-the-box with a gaping maw resembling a lamprey eel with a detachable jaw follow before Omi decides to tell the story of the Krampus. Turns out she’s met the evil yule goat before.

Thanks for the warning, Omi.

The biggest redeeming feature of Krampus was Krampus. The hulking, horned Anti-Santa lived up to the legend: silent, deadly, and merciless in his punishment of those who have lost the holiday spirit, regardless of apologies or changed hearts.

Be grateful for the coal you receive in your stockings this year, children. At least you won’t be visited by Krampus. 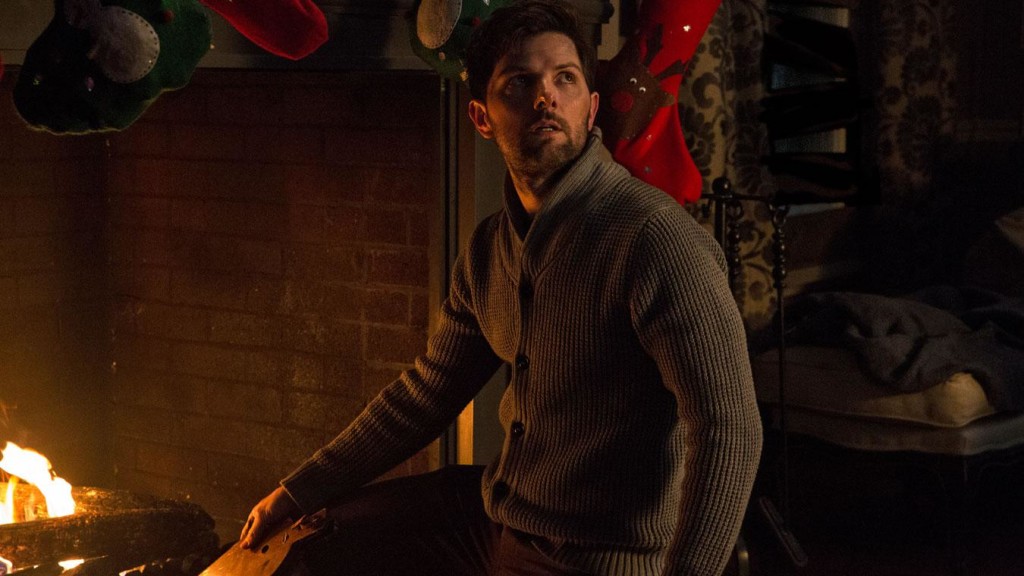