Home Horror Reviews You’re Going to Laugh at Me: An SML Review of “Carrie” (1976) 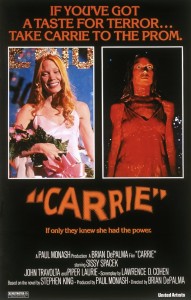 It’s hard to believe, I know. Especially for an avid horror-lover who missed her own senior prom. I’ve seen bits and pieces on tv and online, and I thought I’d read all the spoilers. But until now, I’d never seen Brian De Palma’s Carrie all the way through.

On principle, I refuse to watch good movies for the first time on television, a medium that snips the best bits of film classics “for content and to run in the time allotted.” In the first 30 seconds of Carrie, I recognized that in this case that tactic was definitely for the best.

For those who have never seen the original film – or for those who haven’t seen it since 1976 –  Carrie puts all other teen angst movies to shame, starting with minute one. Arguably, no other film captures a level of awkwardness and othering that comes from a combination of fast-budding physical maturity and determined religiosity during the heart of the sexual revolution.

In classic mid-seventies voyeur fashion, we are witness to the bare-skin workings of high school popularity and the shaming that results from developing at a different rate than your peers. Poor Carrie is 16 and has never had “the talk.” When her first period starts during a post-gym class shower, she panics and every girl in the locker room makes fun of her for her ignorance.

What follows are a series of events that are common to PG-13 teen dramas, but with a mighty R-rated ending. Carrie’s gym teacher takes the confused girl under her wing. One faction of the popular kids plot a scheme to ruin her further, while another group tries to give her the prom date she deserves. And mama’s worried for Carrie’s immortal soul because her “sin pillows” are showing through her dress.

You know – the usual.

Except with Carrie’s budding sexuality, symbolized by the constant contrast of white and red, Carrie has tapped into an even deeper, more sinister power. She can move things, mama. It’s called telekinesis and if she thinks about something hard enough, she can move it with her mind. 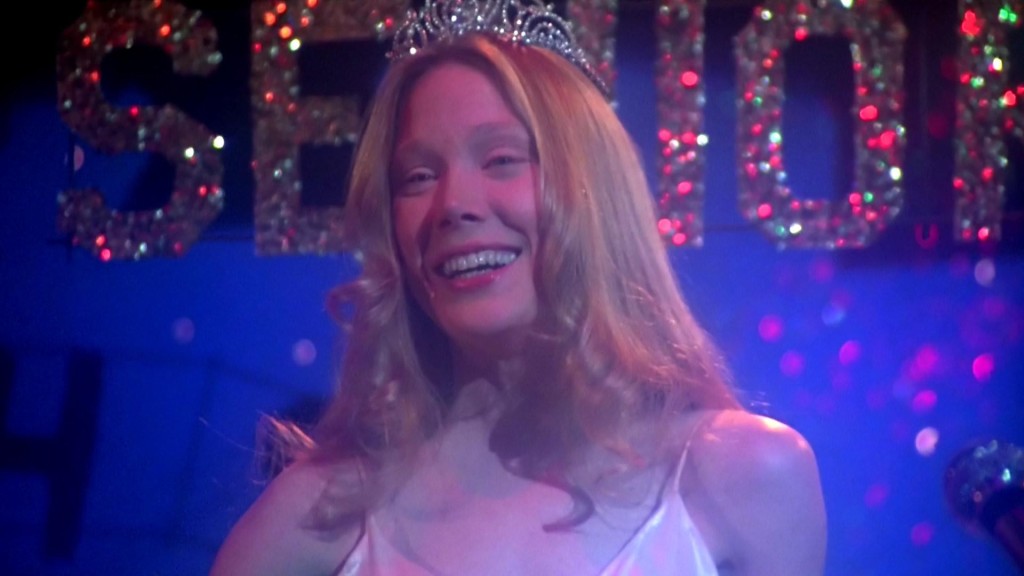 You probably know how the climax of the film plays out. The reputation of the film precedes it, even if you’ve never seen it. Suffice it to say, prom is a bit of a disaster. And I’m not talking the “I spilled tea on my dress and my date came out of the closet” kind of prom disaster. I’m talking about the kind of disaster only the twisted mind of Stephen King can write.

If you ask me, this film is an argument for a thorough, science-based sex ed class for all high schools across the nation. Because no teenager should have to go through that talk with Carrie’s mother. And no prom should end with that much pig’s blood.

We’re coming up to prom season soon. Maybe it’s time for you to watch (or rewatch) Carrie, too. Click here to pick up a copy for yourself.