Home Horror Reviews Eating of the Insane Root: An SML Review of “DIS”

Eating of the Insane Root: An SML Review of “DIS” 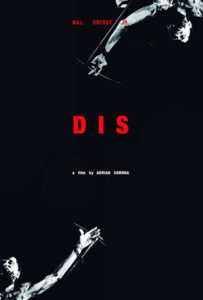 Among the many legends about mandrake, cousin to potatoes and member of the nightshade family, are images of fertility, delirium, magic, ritual, pain, sin, and death. So feared were the strangely human-shaped roots, that they featured numerous times throughout Shakespeare’s works. It was said that dogs had to be “sacrificed” in order to cultivate mandrake, because its roots screamed when uprooted, instantly killing all men in earshot and condemning them swiftly to hell.

That’s our kind of plant!

Recently making its debut at TOHorror in Italy, the new arthouse horror film DIS draws its inspiration from the mandrake legend. Specifically, from the legend that mandrake grows only from the dripping blood, fat, and semen of a hanged man or damned soul (often one in the same). Starring Bill Oberst, Jr. as an ex-soldier with a criminal past, DIS follows one such man’s unplanned (but hardly chance) encounter with a demonic figure at an abandoned building in the woods of Mexico.

DIS is a highly visual film divided into three clearly labeled acts, requiring your attention of foreground and background. Dialogue is secondary, but not an afterthought, as it is used intentionally and only as necessary. In fact, the first utterance comes 21 minutes in: an impulsive scream from Oberst as he witnesses a faceless woman jump presumably to her death. And yet, for its emphasis on visuals, it is an intentionally difficult film to watch.

The graphic content of the film is apparent from the first scene, as we witness a naked woman abused by her torturer. It continues as we follow “the figure” through his encounter with Oberst to his ultimate goal of collecting the seed of killers and the blood of the damned to feed his mandrake garden.

Yep, that means what you think it means.

Much like the legends of the mandrake itself, the film blends several cultural elements. On the one hand, the magic and mythos of the mandrake is literally ancient. On the other, the buildings encountered in the film—though abandoned—represent the fractured here and now of Oberst’s character, complete with fresh (and very meaningful—don’t miss it!) graffiti. Setting the film among the scrubby brush of Mexico, with its own blend of traditional superstition and modernity, seems an inspired setting.

In the end, many go missing, though few are missed. But the mandrake is blooming! 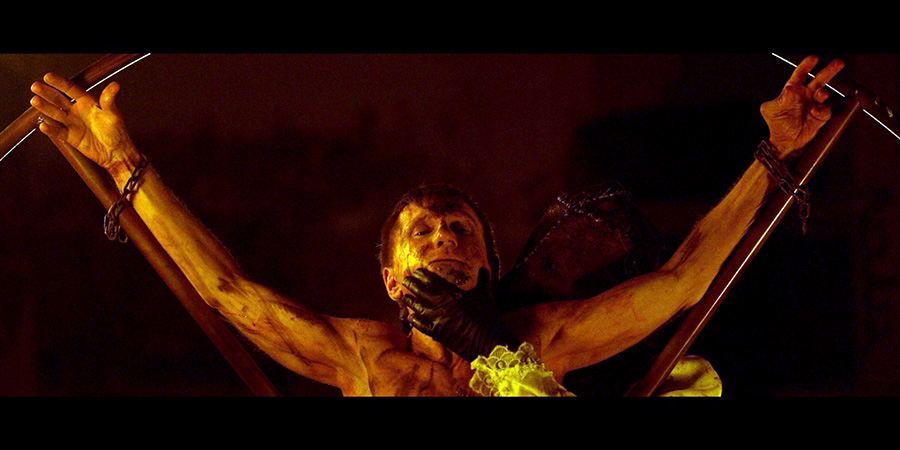 Dis Teaser from Coronaa1 on Vimeo.